Polar bears are loners by nature, but for most of his life, Como Zoo’s Neil was part of a permanent two-some with twin brother Buzz.

When Buzz died two years ago at the age of 24, zookeepers wondered whether Neil—already one of the oldest living polar bears in North America—would thrive. But if you’ve noticed the 1,000-pound bear frolicking in Polar Bear Odyssey’s deep pool this year, there’s no question that Neil seems to be enjoying his new life.

“Neil is doing just great,” says keeper Kristin Nelson. “He actually seems like a much younger bear than he used to, like he’s gotten some years back. He’s so much more lively now.”

A good part of the credit goes to Neil’s two new roommates, Nan and Kulu, and to the Como Zoo aquatics keepers whose carefully orchestrated introductions backstage in Polar Bear Odyssey have helped to keep all three bears calm and healthy through what could have been a stressful transition time. “They’ve all become such good companions that they’re a lot of fun to watch,” says Nelson.

The process started back in March 2021, when Como Zoo welcomed Nan, short for Nanuyaak, 28, a female bear originally orphaned in the wild near Barrow, Alaska. A seasoned traveler who’d lived in zoos from Toledo to Tacoma, Nan had no problem making herself at home in Polar Bear Odyssey, where she and Neil were soon snuggling together (Nan and Neil will be celebrating their birthdays on Friday, December 9).

Roommate relations got more complicated in November 2021 with the arrival of Kulu, a young bear who celebrated his third birthday on November 28. “When Kulu first arrived, we honestly weren’t sure we’d ever be able to put him in with Neil. Even though Neil is bigger, Kulu is a young, intact male and we just didn’t want to risk Neil getting hurt,” Nelson says. But over time, their behind-the-scenes introductions went so well that keepers were confident all three bears could get along together in the same habitat.

“When we first let them go together, we created a plan that would allow us to close doors and separate them if we needed to, but it was never necessary,” Nelson says. “They’ll make noises and growl, but they’ve never been aggressive.”

Instead, they’ve created a bond that looks a little like a storybook family—a mama bear and a papa bear watching over a baby bear who can be quite demanding. “Kulu does not like being alone, and he likes getting a lot of attention from Nan and Neil,” Nelson says. “When all three bears are outside in the snow, Kulu is in such a good mood. But you can always tell if the other bears don’t give him enough attention.” 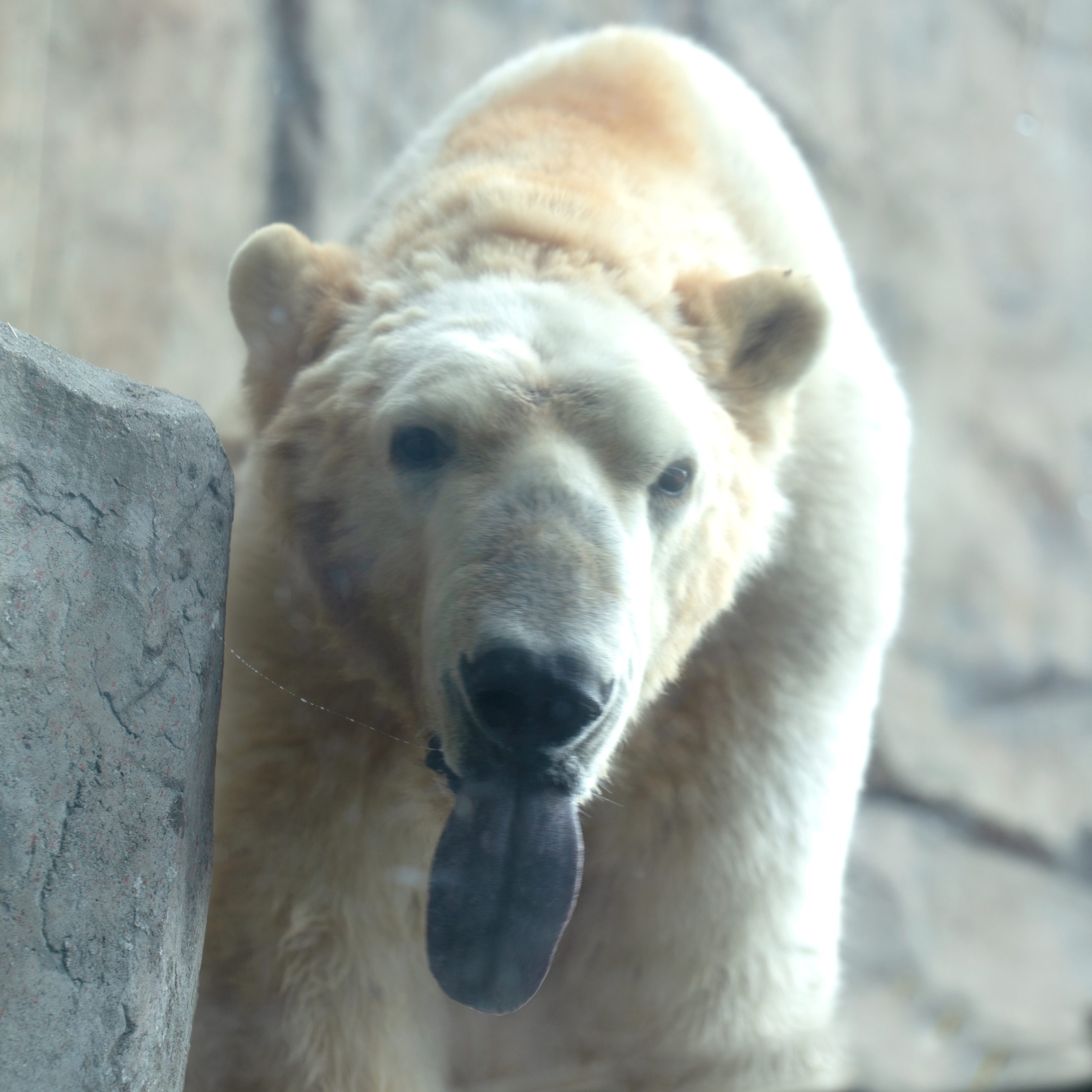 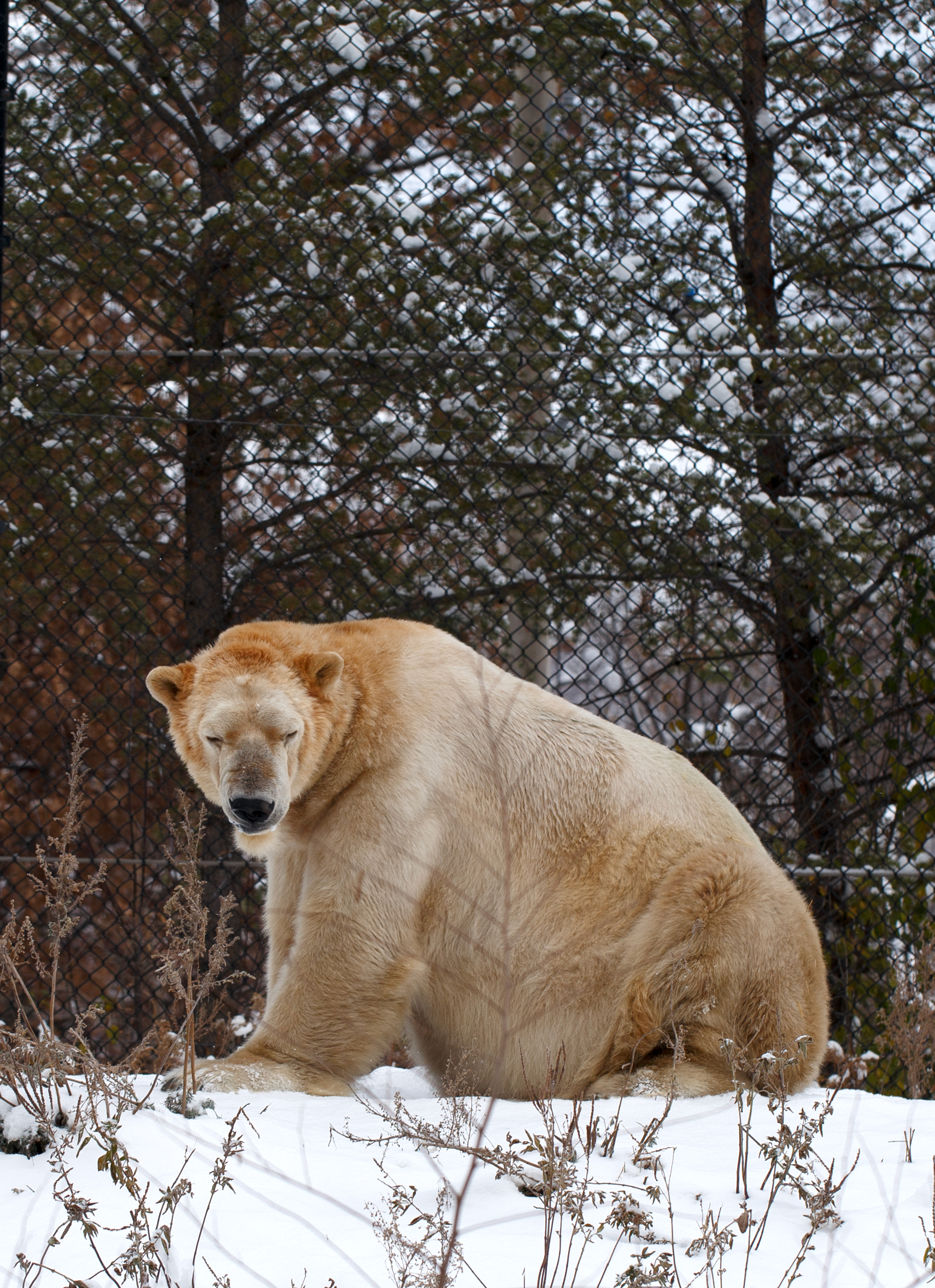 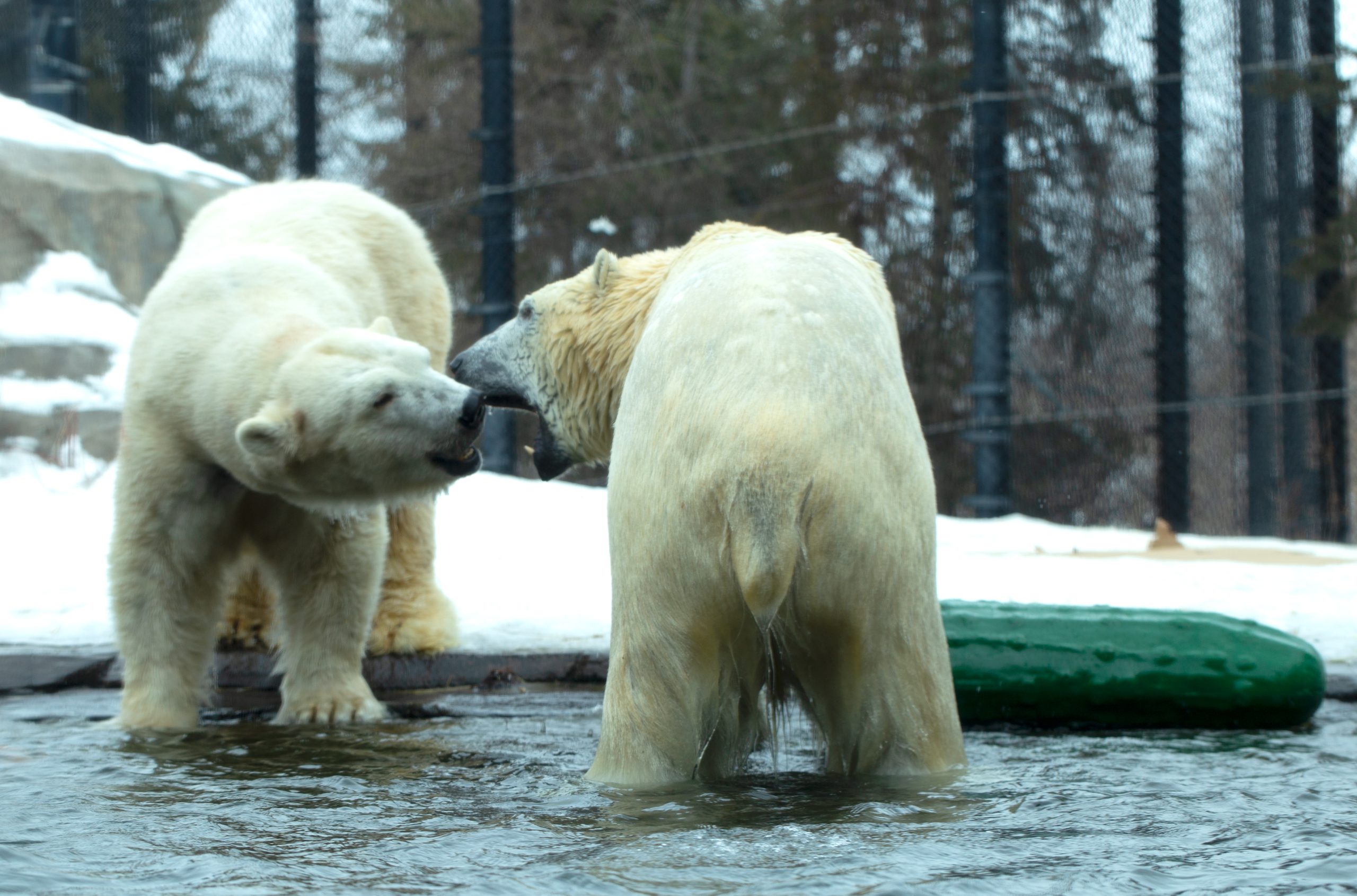 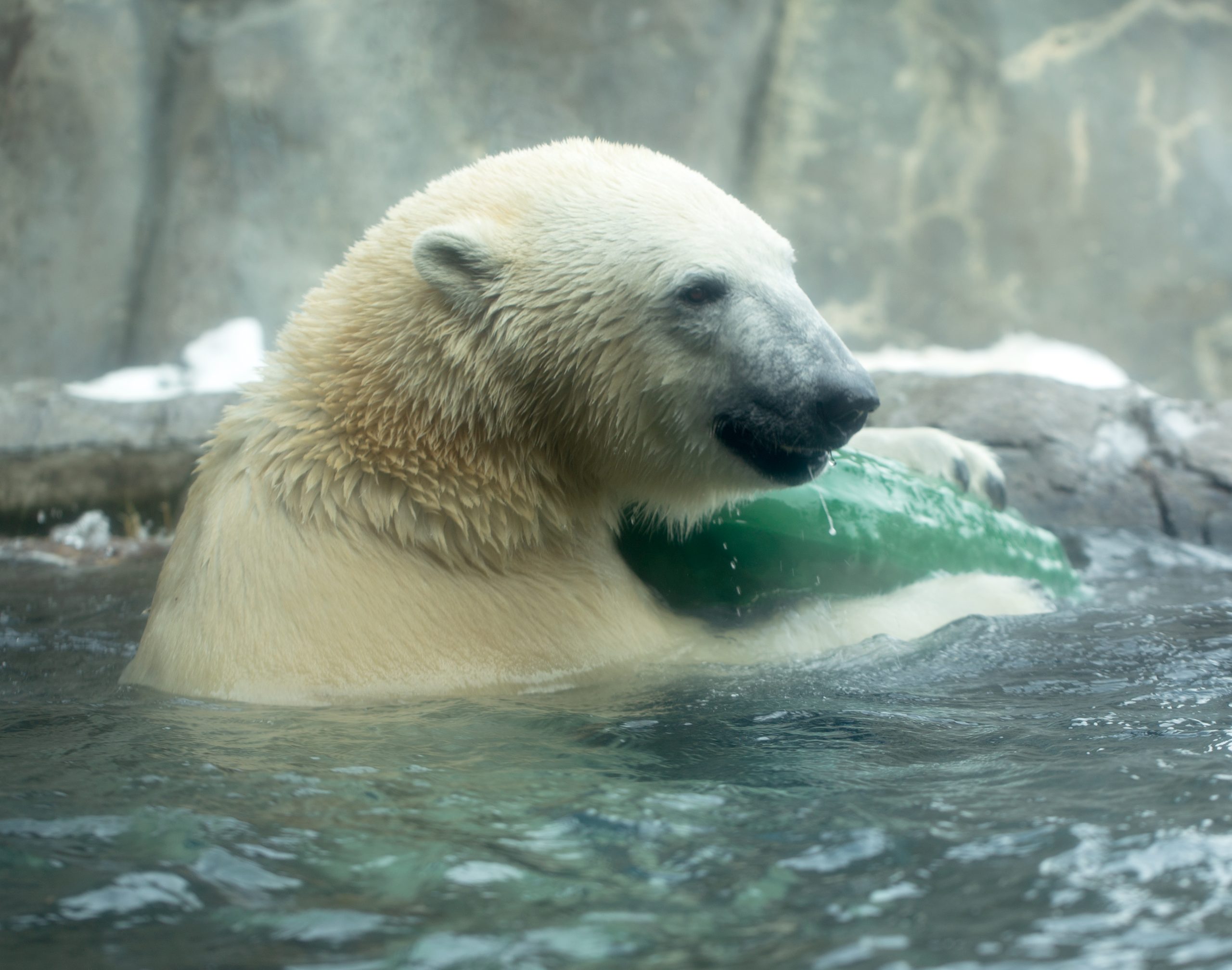 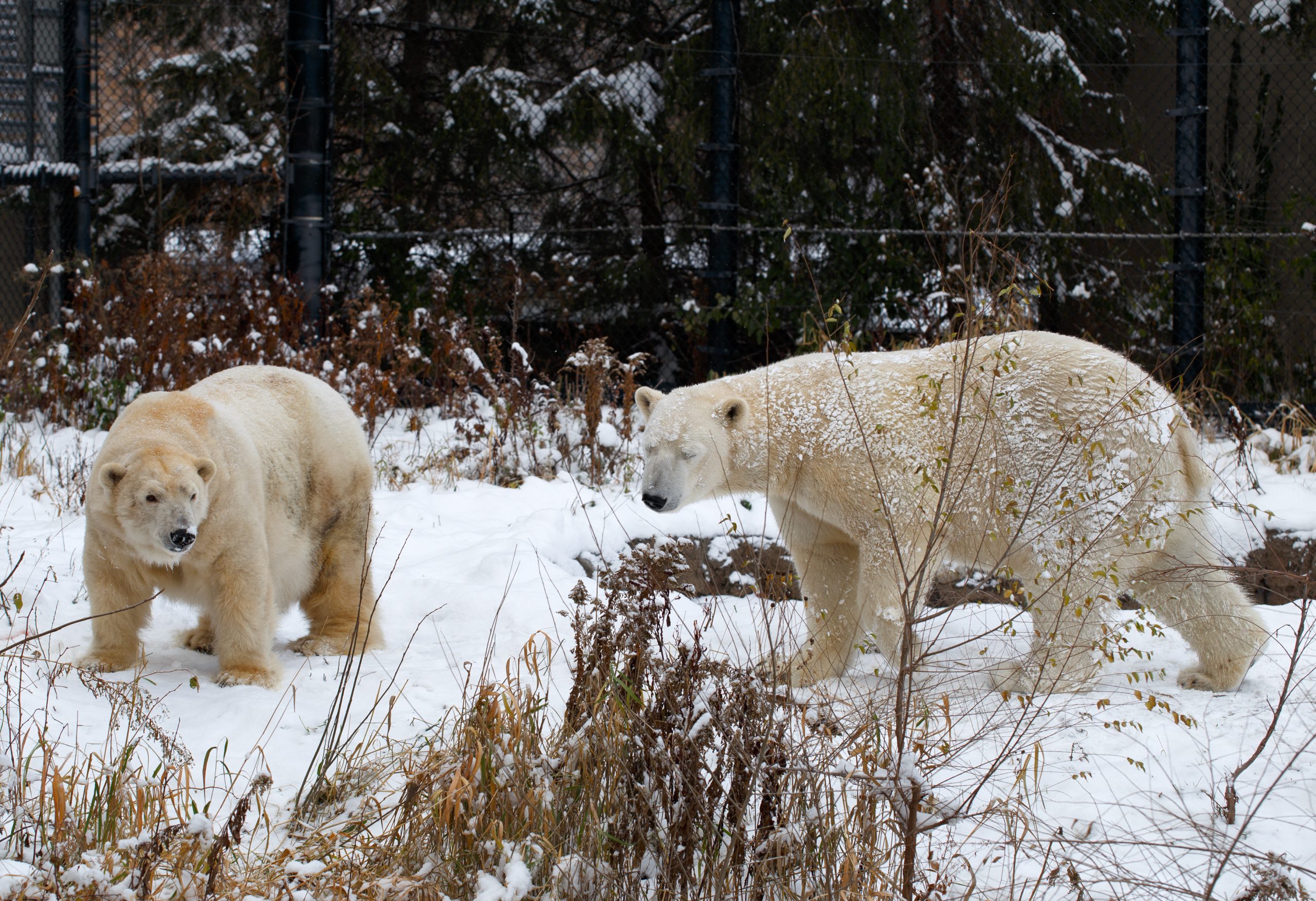 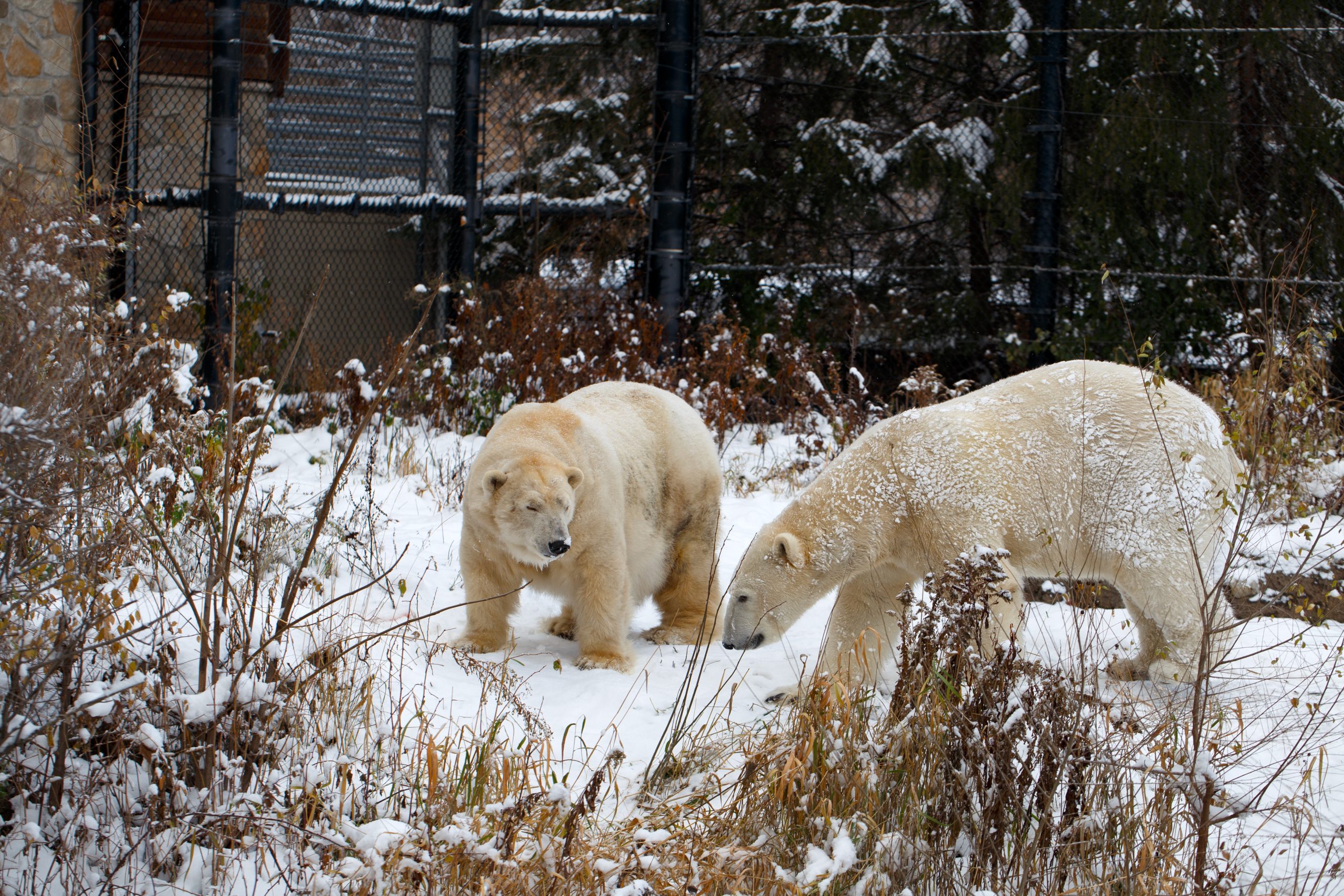 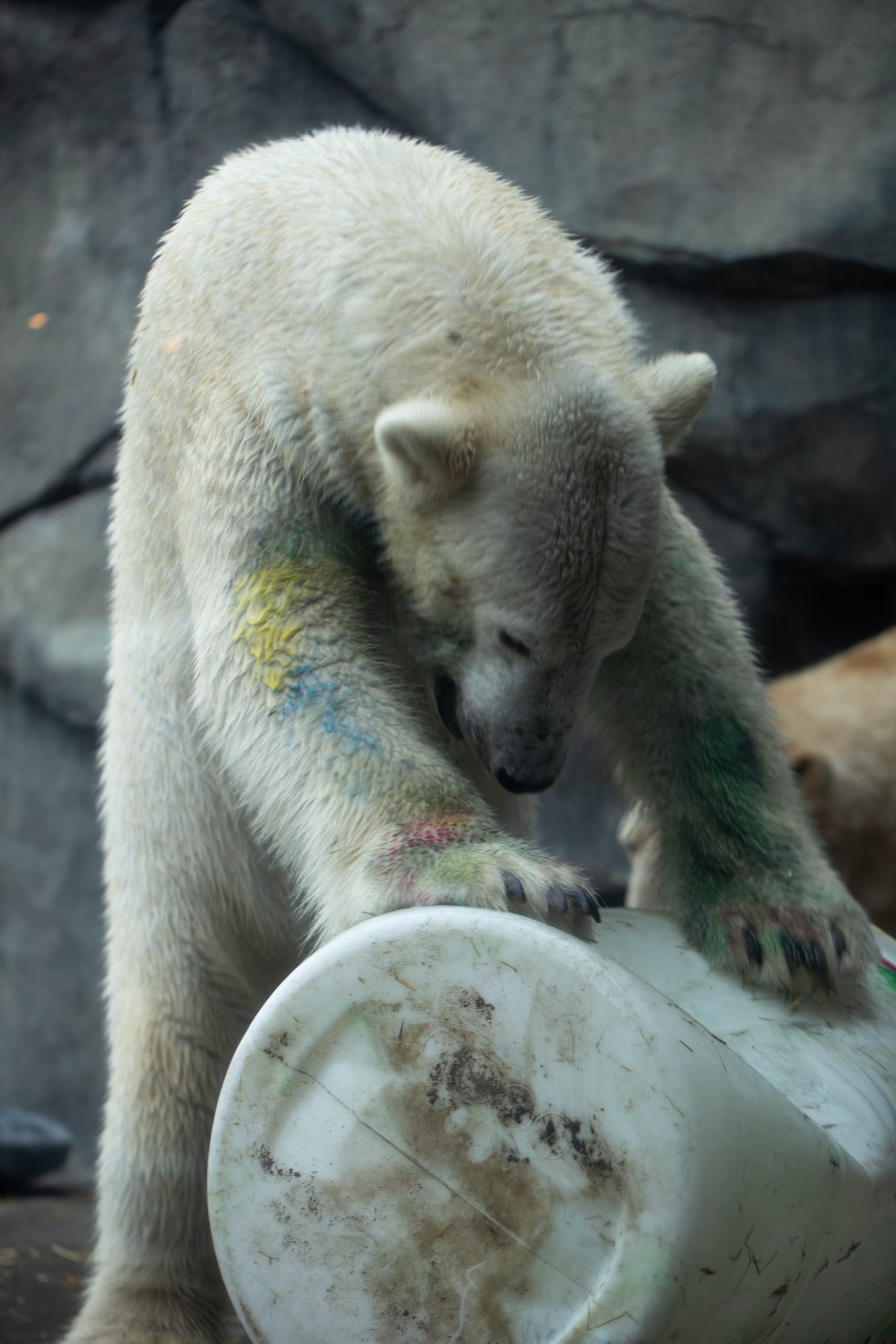 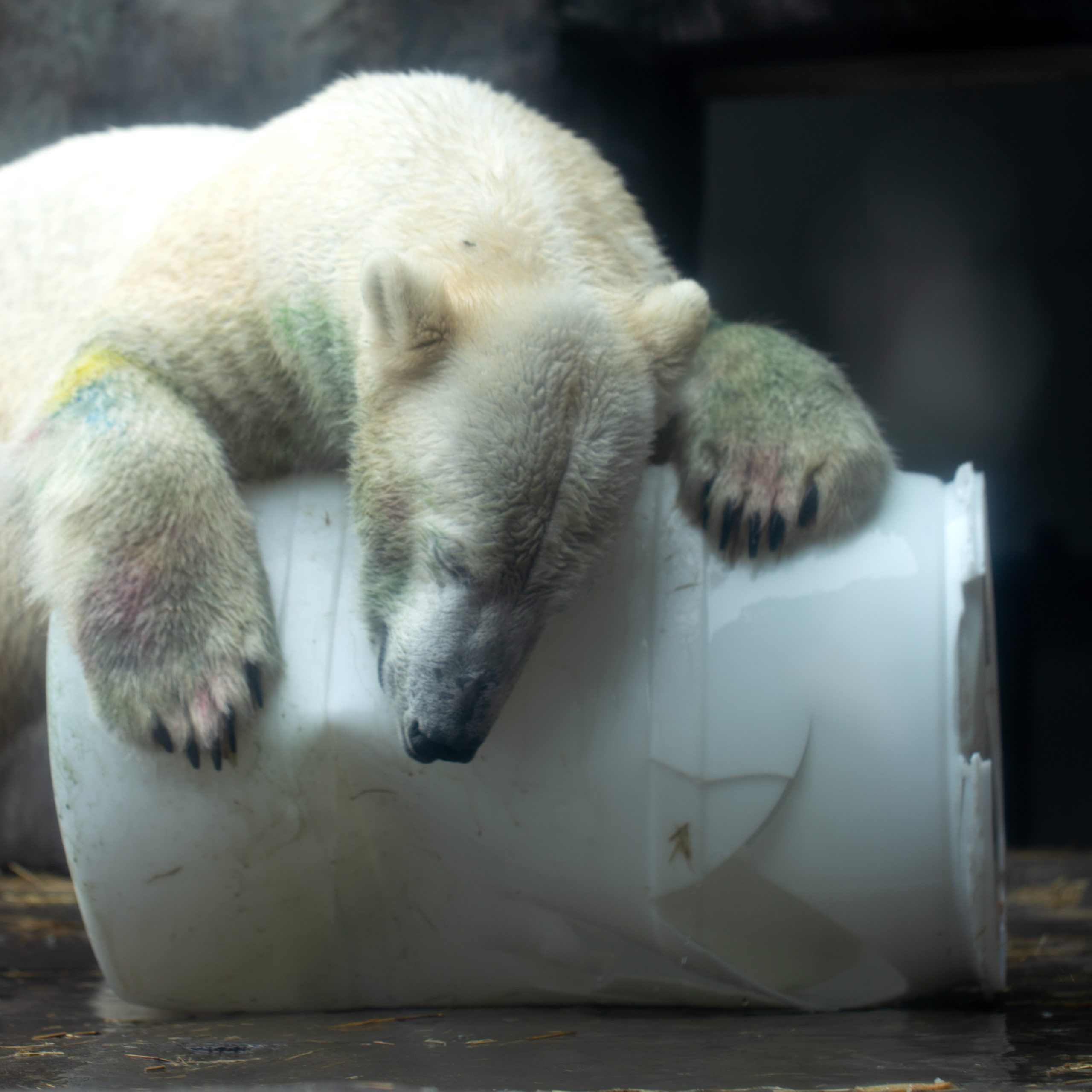 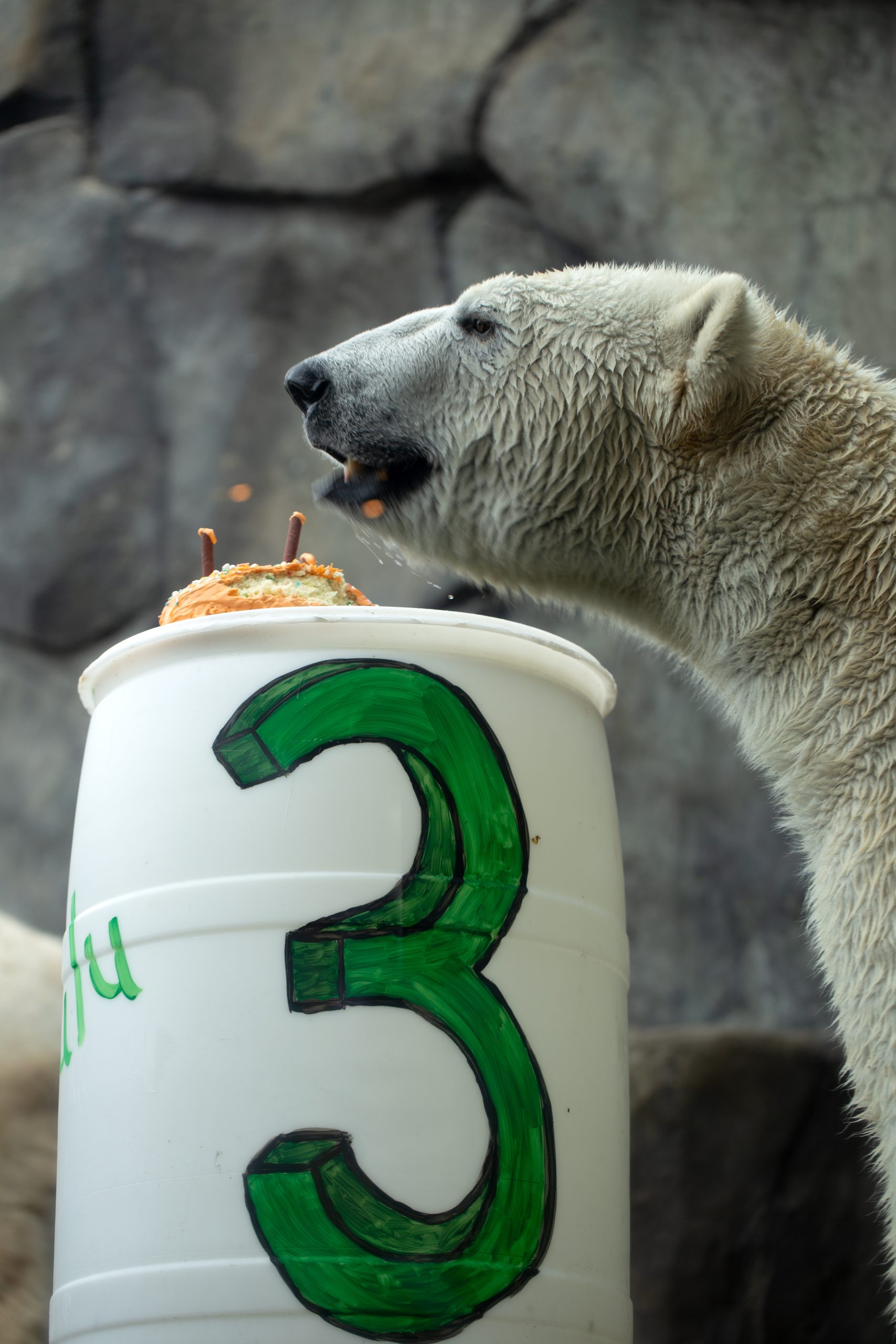 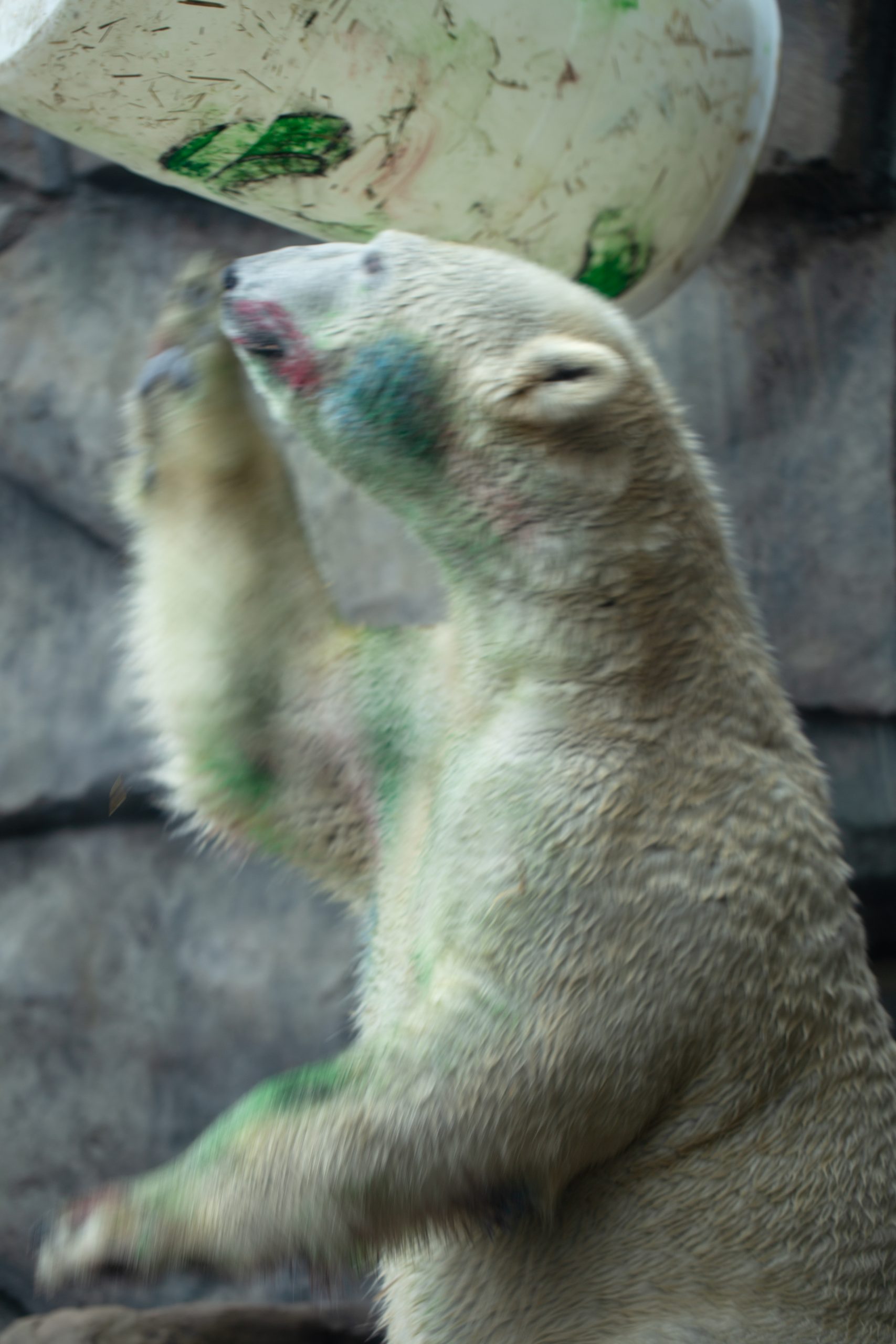 VISITOR TIP: While polar bears are built to withstand sub zero temperatures, Neil, Nan and Kulu much prefer napping in their cozy straw beds behind the scenes at Polar Bear Odyssey. During the short days of winter, the best time to see the bears is near opening time at 10 a.m. when they explore their habitats, sniffing out such favorite treats as sweet potatoes and carrots. Make a reservation. 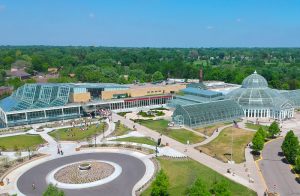 October 13, 2022
While the statewide lock-down was definitely not cooperating with Como’s horticultural calendar, hitting the pause button on public visitors did make it possible to invite a passel of Como Zoo penguins over to the Sunken Garden recently to experience this long-running Minnesota tradition.
Read More

October 13, 2022
Como’s popularity with visitors and the public/private partnership fueled by Como Friends helped make the case for this $21 million improvement
Read More